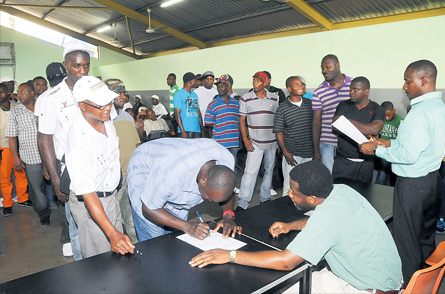 The Jamaica Observer outlines the latest recruitment efforts on the island. The Great Lakes Agricultural Labor Services (GLALS), based in Michigan visited Jamaica to discuss a partnership with the Ministry of Labor and Social Security that would examine potential job prospects for Jamaican farmers. Bob Boehm, the manager at GLALS noted that there is a growing demand for farmers in Michigan and was particularly interested in Jamaican farmers, as he had received “positive feedback on Jamaican workers”.

The unemployment rate in Jamaica is presently at 13.2% and an incredible 38% among young people. With these high unemployment rates, more Jamaicans, particularly young people, find themselves seeking opportunities outside of the country. In my last post, I discussed the efforts by Hourglass Education Recruitment Agency to recruit Jamaican teachers who are more likely to stay once they arrive in Britain. The former Minister of Health, Mr Fenton Ferguson challenged the World Health Assembly (WHA) policy on International recruitment as it has had adverse effects on the health industry in Jamaica. Developed countries were recruiting a majority of Jamaican nurses, as they are able to provide better remuneration and benefits. Therefore, as developing countries struggle to provide opportunities for its citizens, it also has to grapple with many of them being recruited by developed countries.

The Minister of Education in a recent speech expressed that “If you don’t have an education, yuh corner dark,” which means, without an education, an individual has very limited employment opportunities. His stance aligns with the human capital theory model that suggests that an investment in education is a precursor to acquiring a job, which then ultimately contributes to the country’s economic growth. The article does not indicate whether or not there was an educational requirement for work on cherry and apple farms in Michigan. Since, the first 6 years of school is mandatory in Jamaica, we can assume that the farmers interested in this opportunity had at least 6 years of formal schooling. Additionally, they have knowledge of how to plant and reap produce which could then be exported. We know that teachers and nurses were tertiary educated, as this is a requirement in Jamaica. So, the Minister was correct in his assertion that education does provide opportunities, but at whose expense? Based on the human capital model outlined above, as more skilled and highly trained citizens leave the island – a phenomenon known as brain drain – the country’s ability to grow is significantly diminished. 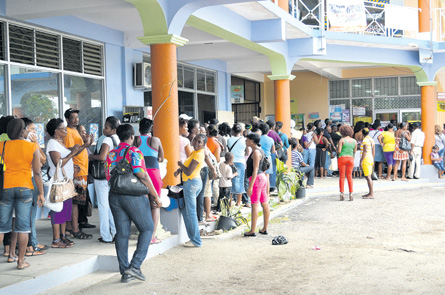 With the increase in the number of individuals migrating, total remittances flowing into the country has also been amplified. During the 2011-2012 fiscal year, total remittances were about US$1.7 billion. Many Jamaicans rely almost entirely on remittances from relatives overseas. Although more research is being done in this area, it is still difficult to determine how much of these resources are being spent on education. So, as the Minister of Labor and Social Security signs this agreement to send another sector of the Jamaican labor force abroad, we are left wondering how Jamaica will benefit? Will remittances compensate for the large decline in the number of trained individuals? If so, what portion of these remittances will be spent on the education of children who have been left behind? Only time will tell…